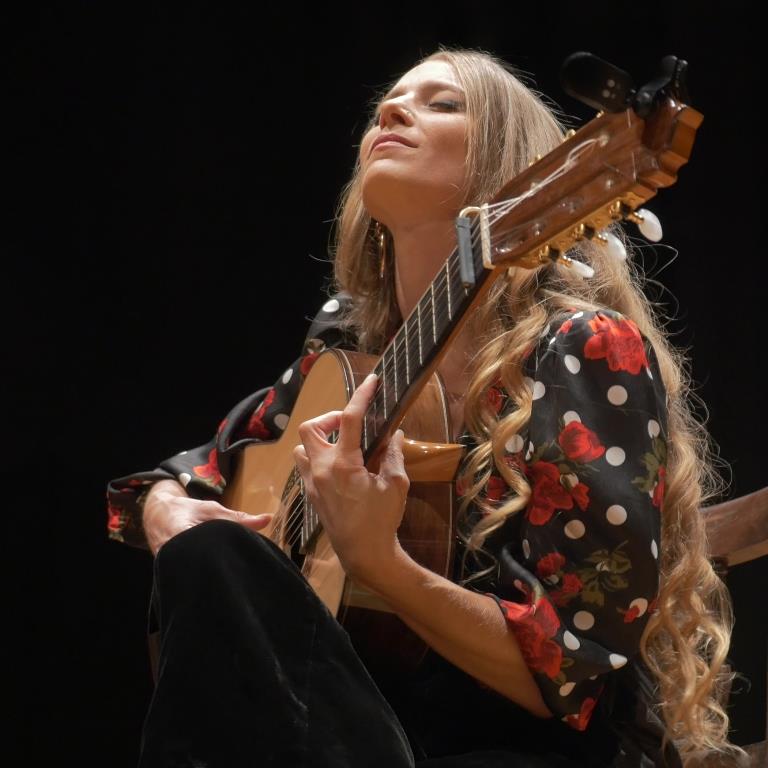 Noa spent over a decade mastering Flamenco guitar in southern Spain and, coupled with impressive technical & emotional abilities with guitar in hand, has managed to expand the warm, authentic sound of Flamenco to a diverse audience reaching well beyond the traditions commonly associated with the style. Her first single released in 2016, “El último Momento” is approaching 1 million views & is one of Youtube’s official search recommendations for the genre.

El Hilo Rojo (The Red String), was recorded in both Spain & Israel and is out now on all major platforms. It is an 8 track showcase of her impressive abilities and is a beautifully woven journey through Noa’s personal interpretation of Flamenco.